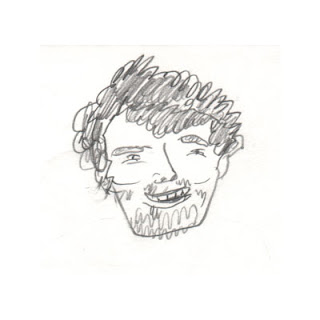 Yesterday Murray told me about a friend of his called Chris Dean who changed his last name to Deal so that people didn't think he was a lady when they heard his name out loud. At the time we tried to think of other combinations of names that trick you with sex and didn't get very far. Then today I saw Steve and gave him a picture. I told him about Chris Dean and we had a chuckle about it, without even REALISING we had another one right there under our nose, the person the picture was of, Steve's own handsome nephew Cam Miller!
Posted by Joanna Anderson at 11:24 PM No comments: